Why Are None Of My Berlin Friends Dating Each Other????? An Investigation

Why Are None Of My Single Friends Dating Each Other???? An Investigation 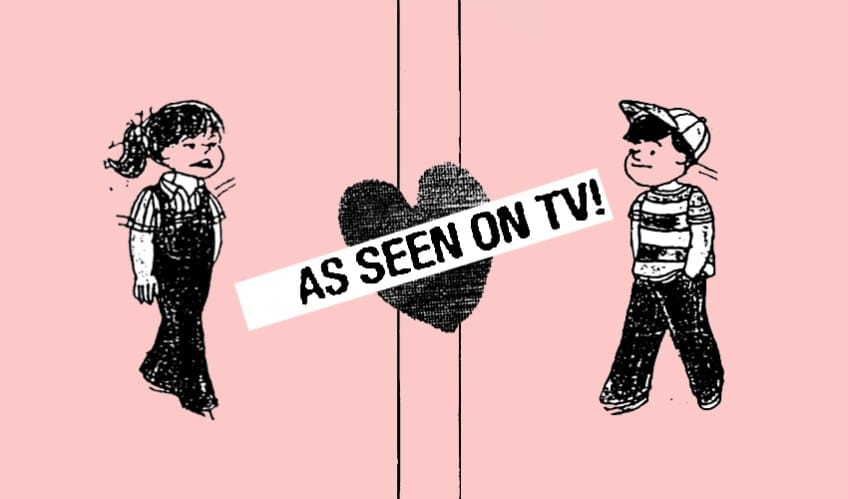 For example, my friend K. K is hot but a little bit scary. You could imagine having sex and then her saying something quietly devastating to you, like, “Well, that wasn’t the worst sex I’ve ever had” and then laughing with gusto. Her intonation would lead you to conclude that this was not a compliment because mediocre sex doesn’t even provide good dinner party-conversation fodder. But still. As an emotional masochist, I’m drawn to people who make me turned on/nervous and maybe you are too. Why are none of my friends dating K?

Then there’s C. C has the cultured nervousness of a very expensive thoroughbred horse. He is the perfect antidote to Berlin’s surplus of chill bros. I can see the appeal of eating ice cream in his bed and him freaking out about you dripping Ben & Jerrys on his nice sheets.

I’M DEVASTATED TO REVEAL TO YOU THAT NO, NONE OF MY FRIENDS ARE DATING C.

J. is quietly beautiful and has good cheekbones and can construct furniture from scratch. She has nice vibes. She is, for example, someone I would like to go sailing with (not a metaphor!!!!!). She is a catch. And yet, she is not dating any of my friends. None of my friends are dating J.

If you’re wondering if I’ve ever tried to remedy this tragic situation with some low-key matchmaking, then is the Pope Catholic? So far all my attempts have ended in nothing/tragedy. It’s hard to say which is worse. The one couple I successfully matchmade seemed locked together by a slow-burn mutual hate/lust and I felt like I may have destroyed their lives until their merciful breakup. It was very Edward Albee, minus the snappy dialogue.

Recently I tried to set up a friend who looks a little like Dan from Gossip Girl with another friend who seemed like a perfect fit and they barely even registered on each other’s radars. They didn’t even seem to dislike each other — they just seemed indifferent, rotating around each other, remote and detached as planets. I had to clasp my hands behind my back to stop myself from pushing their heads together like when you made Barbie and Ken kiss as a kid.

ON POPULAR TV SHOWS LIKE THE OC, HOW I MET YOUR MOTHER, FRIENDS AND DEAR WHITE PEOPLE, THE CHARACTERS DATE EACH OTHER’S BUDDIES LIKE IT’S NO BIG DEAL.

These series have led me to believe that it is not, in fact, impossible, for one of my friends to nurse feelings for another one of my friends and for these building emotions to lead to a functioning relationship or at the very least, sex. This feels fanciful, since mine won’t even smooch after beers.

Not to go all Carrie Bradshaw on this party, but I suspect the problem is that we, as a city, have fallen victim to the idea that love is dead here. That if you want a meaningful connection, you need to date beyond the Berlin/Brandenburg borders. Sure, like yours truly, who is with someone in another city and not just for the zen-benefits of lengthy Flixbus rides.

One friend, for example, recently broke up with his long-distance German girlfriend and since then has started easing into a relationship with a girl in Russia. How do you ease into a relationship when the other person is in Russia???? That is not a question I can answer but maybe he’ll do a Q&A sometime.

Further theories I’ve developed include the not-that-convincing “Since Tinder Exists, Why Hit On A Pal?”; the unsettling “I’ve Got Reverse Body Dysmorphia But Only Applied To Hot Friends” and my current favourite “They HAVE Made Out, Just Not In Front Of Me.”

Is this the high-quality investigative journalism you’ve come to expect from me? Or is this, in fact, a late night drunk email to a friend in London which has been cleverly edited into an article? I’m not saying it’s the latter. I’m also not saying it’s NOT the latter.

Anyway. If you have any further ideas, let me know.

Daddy Issues
Why Don’t More Men Wear Jewelry? Rings, Bling And Men’s Aversion To Accessorizing
Daddy Issues
ON COMING OUT IN YOUR MID-TWENTIES