When I switched my gender to female on Tinder, things got niche.

When I switched my gender to female on Tinder, things got niche. 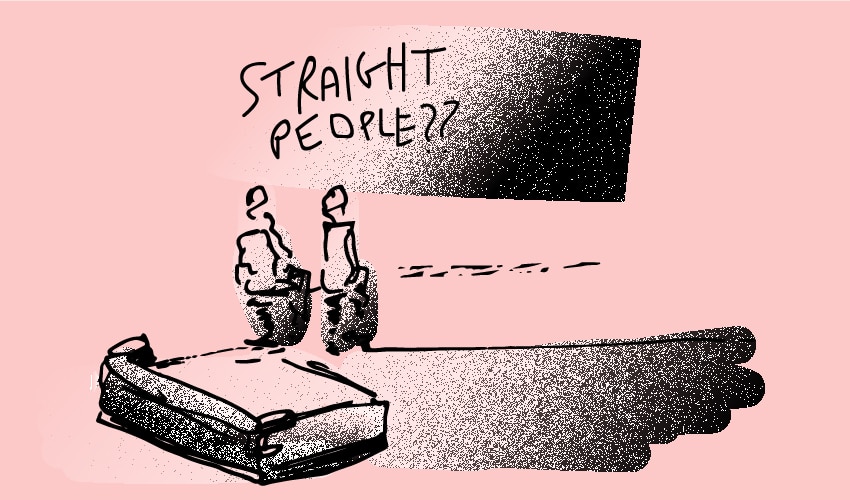 by Sue Gives A Fuck

Just like every other cool kid, this June we're talking about PRIDE: queer lives, lusts, disasters, drama. If you like the work DADDY does, feel free to pitch us at info@daddy.land.

For a long time, I’ve called myself ‘non-binary’. I spent many years as a non-binary snowflake dating other non-binary snowflakes, listening to Lana Del Rey in a lapping river of bottoms, and assuming that sex was this unsatisfying for all queer people. I’d formed the idea that there are two worlds: straight world, where everyone desires each other and is basically fine, and queer world, where everyone desires straight world and is basically miserable. I’ve since been informed that some people have sex entirely within the queer world and have a great time but I could never quite conceive of it. In my worldview, straight people have happiness, we have beverages.

Then three months ago I stumbled home from a drag show and saw a message from a guy on Grindr asking if I’d dress up and let him fuck me. Well, as it happened, I was dressed up right then, and I was also drunk, so I thought it would be churlish to refuse. The experience unlocked something in me that I couldn’t name. I still can’t name it really, but the next day I decided that Grindr wasn’t going to cut it. I uploaded my best drag photos to Tinder, switched my gender to female, and started swiping for straight men.

The first message I received said simply “fingers?” That sort of opening is fine for Grindr but I was a lady now and this was Tinder. I expected romance. I expected sentences. The second message said: “I bet you’re touching yourself right now,” which statistically is not a good bet. I was on the bus at the time, so granted he was bang on, but it was a very lucky guess.

But there were more promising men. The first was Tim, a straight 21-year-old bit-of-rough Essex lad. Tim said he was going to make me feel “like a real woman” which, as far as I can work out, mainly involves being pounded. That sounded good to me so we got chatting and, three months on, we’re still in touch.  Over the course of this period Tim has gone from being my straight Essex lad bit of rough to my drag daughter. A touching film script, but not really what I’d been looking for.

In contrast, the first guy I actually met was Leandro. Leandro was a large gentleman: 6 foot 2 with rippling muscles and the kind of thighs that could crush a lady’s head if she asked very nicely. The plan, made on Tinder, was for him to come to mine on the Tuesday. When I showed my housemate and fellow drag-queen-on-a-journey Margo his photo it emerged that she had a similar plan, made through Grindr, for him to visit her three days later. And, since Margo and I live together, this meeting would also take place at mine.

When he arrived Margo dashed into the bathroom: unshaven and wearing a towel was not the first impression she intended to make. In my room I nervously moved my hair about while he went to the bathroom. If anything, he was actually larger than I’d imagined. Picture The Rock and add about a third. I reclined demurely on the bed and he lay down on top of me, crushing me, without me even having to ask. We kissed for a moment but, by the time his shirt was off, we’d both become aware of a thudding sound that was out of rhythm with Robyn’s new album. 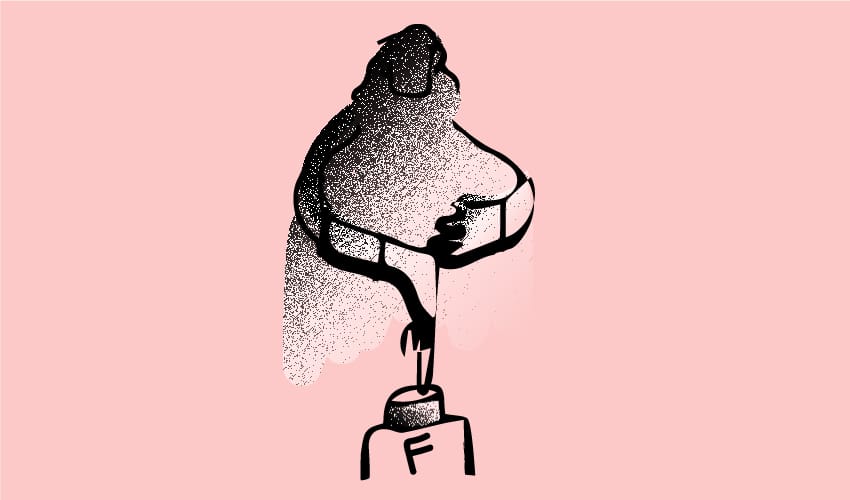 I went to investigate and discovered Margo locked in the bathroom, trying to break the door down. Leandro had broken the handle trying to get in. He was literally too big for doors.

All the tools in my drag bag (a screwdriver, some scissors, and a setting spray) couldn’t budge the door. I ended up running outside in my lingerie to throw some clothes to a naked Margo, who then climbed down from the second floor window. Unfortunately the door locks automatically and I hadn’t taken my key. Margo left for her meeting in a pair of my shorts while I waited outside for the locksmith. By this time, Leandro had made his apologies and left. Reader, the locksmith wasn’t interested.

If there was a useful lesson about door maintenance and the kind of tools you do and don’t want on hand buried in there, there were other, more useful things that I would discover over the course of the next few weeks. One date was just a series of valuable lessons, though not ones I thought I’d ever have to learn. 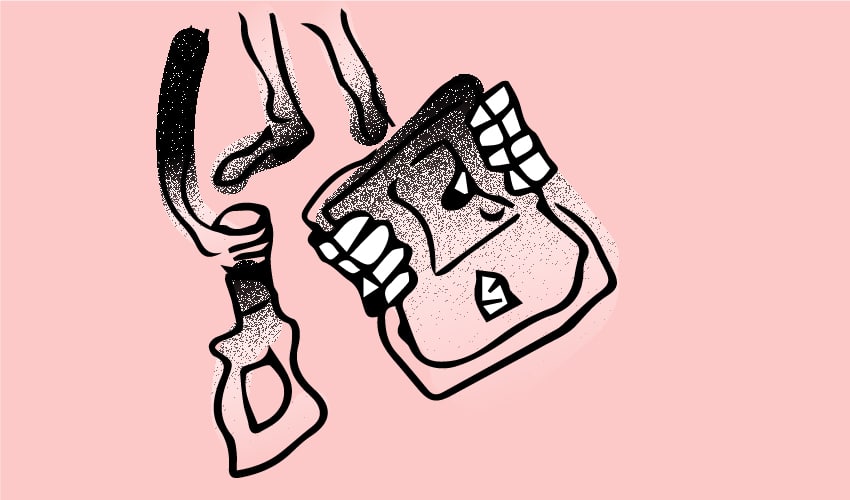 Other men didn’t stand me up, though I sometimes wished they had.  I spent an agonising few hours with John, who told me that femme guys are “a much better representation of the female form than women are.” It’s impressive that after millennia of misogyny, straight men are still coming up with innovative ways to insult women. Sorry ladies, your bodies aren’t female enough. In order to be female enough, they have to be male. Having said this, his profile picture is of him pulling a fire truck so we’re going for a drink on Tuesday.

Learning that straight men are capable of fancying me has been an incredibly valuable experience. First it’s taught me that my feminine signifiers work. My jaw may be so wide that my head is basically a semi circle but with a bit of blush and a lot of big clit energy I can be seen in a feminine role. It’s also taught me that straight men aren’t really straight. I don’t mean that in a James Charles way, nor in a ‘if they fancy me they can’t be straight’ way. I mean that what I felt straightness to be - normality - doesn’t really exist. Straight men are as weird as the rest of us.

I’ve also learnt that queer world isn’t necessarily all that seperate. Last night at a gig Tim and I quite unexpectedly kissed. He’s mostly into women but he does drag. Does that put me in queer world or straight world? In reality I’ve realised there aren’t two worlds. There’s only one world and everyone in it is mad.