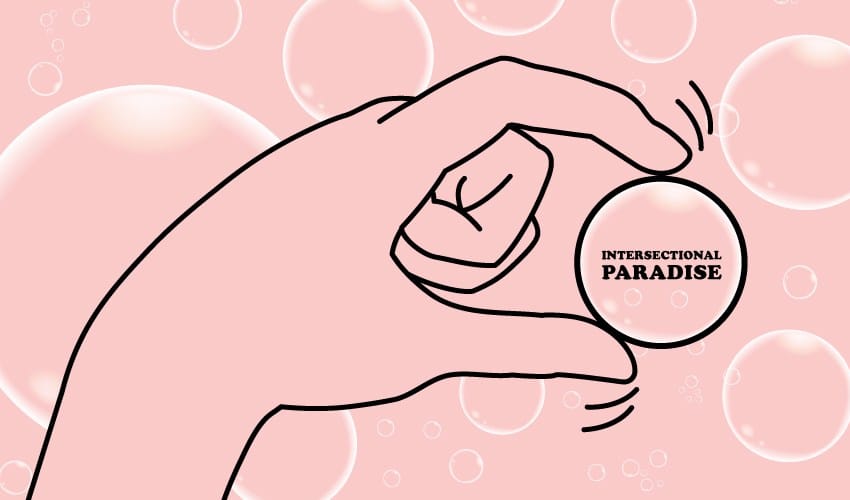 A few weeks ago, as I was waiting for the next band to play at a summer festival, one of my (white) friends suddenly reached out, smiling, and patted my hair. Touched — grabbed at my fresh, defined and shining twist-out. In that moment, it became clear to me that – unlike most of my other friends – I had never talked to him about how important hair is to people of colour and how crucial it is, especially to black women and girls, to have the agency to decide what is done to their hair and by whom. This decision had been taken from them through centuries of forced shaving and/or straightening during colonial times and slavery, continued through the creation and upkeeping of eurocentric beauty standards that label all kinds of naturally curly hair as ‘unruly’, ‘exotic’ and ‘unprofessional’. I knew that, as is usually the case, he had not meant any harm or implied any of the above, but I was still shocked and surprised at the fact that it had not even occurred to him to ask for permission.

“But it’s so fluffy and beautiful” he responded defensively.

After a short moment of awkward silence, I looked over to my (only) friend of colour – helplessly, confused. She, in her quick-wittedness, turned to him and immediately clarified that what he had just done was in no way tolerable, precisely because he had not asked for any kind of permission. “But it’s so fluffy and beautiful” he responded defensively. This, this is the kind of answer I’ve received over and over again throughout my life. Nobody wants to actually hurt me, they are simply interested in the texture and volume of my hair and asking for consent does not present itself as a necessity. Regardless of the fact that this was my friend, I felt as though he had to face some kind of consequence. After quickly weighing the advantages of an in-depth explanation of the infringement of privacy and the lack of respect for both me and the entire black community that he had just supported through this spontaneous ‘discovery’ of my hair as opposed to simply staying silent, smiling and spending the rest of the festival in a good mood, I opted for the latter and our day continued. I said nothing and spent the day with a growing voice in the back of my head telling me that I should not have chosen my own comfort over educating my friend.

Days, weeks later, the incident is still on my mind. Growing up as a the mixed daughter of an expert in feminist conflict theory and being constantly surrounded by people whose every day diversity, tolerance and activism encouraged me to do the same, I have had the massive privilege of having the contacts and resources that allowed me to gain an understanding of intersectionality and personal/political issues at a very early age. Over the last few months however, my commitment to actively commenting on and explaining microaggressions, discriminatory behaviour and stereotyping has massively declined. Not because I believe any less in the importance of such activism or because I want to distance myself from any movement or community, but rather because there was simply no necessity for it. I felt like I was living in my very own ‘intersectional paradise’. 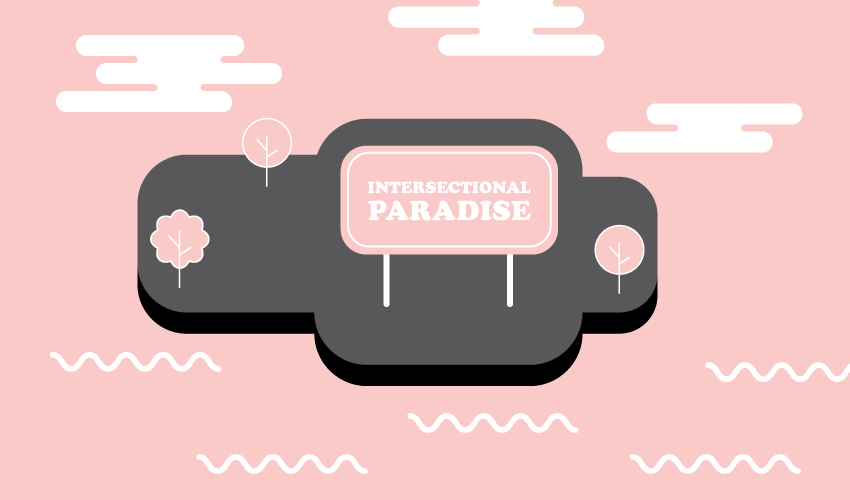 At school, the slurs and microaggressions that I used to hear on a daily basis were no longer being used. My friends and classmates, whose vocabulary and behaviour had always included terms and stereotypes that degraded women, people of colour and people with disabilities, were suddenly questioning their own language, researching the definitions of slurs they were using without knowing why and trying to learn more about how they could respectfully and correctly use pronouns when they were unsure of another person’s gender. Somehow, even outside of school, I was surrounding myself with more women, more people of colour and more activists. Consequently, the encounters and conversations I had at parties and events also had the default of a black, feminist worldview and understanding.

In reality, I think most of the changes I was observing were due to my choice of who to surround myself with rather than a change in my school’s tolerance and consciousness. I think that, having been an active re-educator and avid defender of feminism for years, this development may have been a subconscious call for me to take a break. Having a default level of understanding, education and tolerance surrounding me was satisfying and I felt as though a major part of my secret dream to turn all rich, white boys at my school into self-critical, woke feminists had been achieved. Within my environment, I finally felt understood and tolerated.

The sort of relief this realization gave to me, the amount of energy I could now devote to the things I loved and wanted to learn about was simply magical. These, truly, were months of carefree blackness. And this is not to say that my carefreeness ended with this incident or with the realisation that the sudden ‘wokeness’ around me existed only within my bubble. Much rather, it was a wake up call, a reminder: Yes, self-care is crucial and yes, creating safe spaces should always be supported, but there’s still a lot to do.

I felt as though a major part of my secret dream to turn all rich, white boys at my school into self-critical, woke feminists had been achieved.

Not everybody has to be an overeducated, constantly conscious social justice activist. Not everybody has to be devoted to the labour of educating and discussing. But those of us who are, those of us who want to, who have that energy, really should. In every community, we will always need those who think, strategize, plan; we will always need those simply living their best lives, aiming at complete carefreeness; and we will always need those actively educating, loudly complaining, pointing out the obstacles. Only then, when all of these sectors are strong and thriving, will there be progress, only then will there be change. We need each other.

The hair attack catapulted me out of my bubble and for that, I am thankful. But also, and perhaps more importantly, it gave me a basis on which I could rethink my own activism. It taught me that although my immediate surroundings are becoming more and more educated, that doesn’t necessarily translate to the wider world. So now, after weeks of contemplation and questioning, I finally have my activist energy back. I’m your local left, loud, black, critical, feminist activist – version 2.0.