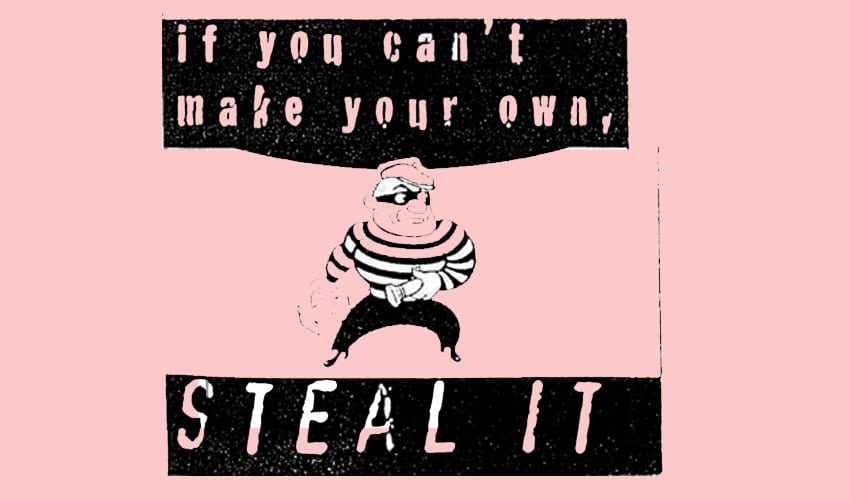 The use of the phrase ‘cultural appropriation’ by wealthy white liberals is bullshit.  It functions as a shibboleth, a password used to secure access to an elite club, made up of those who are right up to speed on the latest theories.  It filters out those who haven’t read the right things, who haven’t yet got the memo that in 2016 it’s not OK to wear Indian-print scarves or have cornrows if you’re white.  It’s been adopted as a weapon, as a means of exerting power over marginalised groups.  It’s even a way of wealthy white people retaining their power, in a cultural moment in which marginalised social groups are vocally challenging the traditional structures of power and influence.  This is sadly ironic and needs reflecting on.

To be clear: I am only talking about the use of ‘cultural appropriation’ by wealthy white liberals.  You are the demographic I am here addressing myself to.

For example, a rich white female pop star might get what has been culturally coded as a ‘black’ hairstyle; she benefits by appearing edgy and exciting, and thereby getting more sales and become richer.  In contrast, black women who aren’t famous often find that when wearing hairstyles coded as ‘black’, and more suited to their hair type, they find it more difficult to get jobs.  The effects of the ‘black’ hairstyle for the famous white pop star and the non-famous black woman are precisely opposite: one benefits, the other loses out.

There is an imbalance of power here.  Identifying this as cultural appropriation shows that, for members of a marginalised group, this signifier is culturally significant, but it makes life more difficult, as our society is full of racist, sexist, queerphobic, transphobic and other oppressive structures.  In contrast, someone from a privileged group can adopt the signifier in a way that its specific cultural meaning loses significance, and use it to make their life easier: they can use it gain more money, more recognition, prestige and so on.

You know all this: I’m outlining this purely for clarity.

Now the use of ‘cultural appropriation’ by wealthy white liberals (you), in my experience, is on the surface the same as this, but in a deeper way completely different.  You use it to criticise other white people for their cultural appropriation: their wearing of dreadlocks or Indian-print scarves.  Of course it is other white people who are criticised, as white people are the privileged group in, say, the US or Western Europe.  And you consider yourself to be contributing to anti-racist struggles: calling out people’s bad practices.  Your motives, on a conscious level, are good ones.

But look at who you tend to criticise.  The people who are appropriating marginalised culture are white, yes, but ask yourself: are they not in a position of less power than you?  In my experience it is always the case that when a wealthy white person lays the charge of cultural appropriation, it is addressed at someone who is less privileged than they are.  Someone who is from a less wealthy background, who has not received the same level of education, who has not grown up in a context where these debates are commonplace or who has not read the right blogs.

Compare your charge of cultural appropriation with those of activists from marginalised groups.  These activists target pop stars, the media, the fashion industry: powerful people who are making a lot of money from the appropriation of elements of culture.  You are targeting people who are less well-off, less well-educated than you, or people who have not got the password, the shibboleth, that grants them access to the cultural elite.  This password will keep changing, faster than they are able to keep up, barring them from access to your club.

Some years ago there was a debate around the phrase ‘strategic essentialism’. I’m not simply trying to attack you with intellectual culture, but want to relate something in the ideas I find helpful. Gayatri Spivak coined ‘strategic essentialism’ to describe the way that marginalised groups can claim that there is an essence to their culture or even to the members of a group.  The problem with essentialism is that it risks undermining the uniqueness of the various of the members of the group, risks reducing everyone to whatever is considered to be their essential trait.  In a later interview, Spivak regretted that in the reception of her idea, the emphasis was put on the old notion of essentialism, and not on what she intended to be central: the strategic nature of this temporary adoption of essentialism.  The strategy is to claim an essence for the purpose of achieving material social change.

Something similar can be identified in the different uses – or users – of ‘cultural appropriation’.  For members of marginalised groups, there is a clear strategy: to undermine the oppressive structures of power that mean that some people can get more money, power and prestige from a use of a signifier and others less, for no other reason than an accident of birth: social background, sexual orientation or skin colour.  Some people complain that the use of ‘cultural appropriation’ risks solidifying the very cultural divisions that it ultimately seeks to destroy: because it implies that cultural boundaries are absolute, and that we aren’t ultimately all one human race, able to share a rich tapestry of different influences.  This concern is also well-meaning but it misses the strategic point of the charge of cultural appropriation.  ‘Cultural appropriation’ is employed to undermine the structures of power that are blocking equality.

Privileged white people, ask yourself: what is your strategy?  Look critically at your own actions when charging people with cultural appropriation.  Are you actually gaining a certain social cachet from using this charge, cementing yourself in an intellectual elite, as unassailably superior to the less well-off white people you are criticising?  I am sure that this is accidental or at least unconscious, and your genuine wish is to undermine elitist structures of domination in our society.  If so, the best thing to do might be to step aside, stop trying to dominate the debates, and focus your critique on your own actions.

People don’t want you to fight their battles for them – particularly if you’ll transform the battle into a new structure of power.  Marginalised groups want you to give up your stranglehold on culture, and to stop exploiting things from less privileged people for your own benefit. Including the phrase ‘cultural appropriation’. 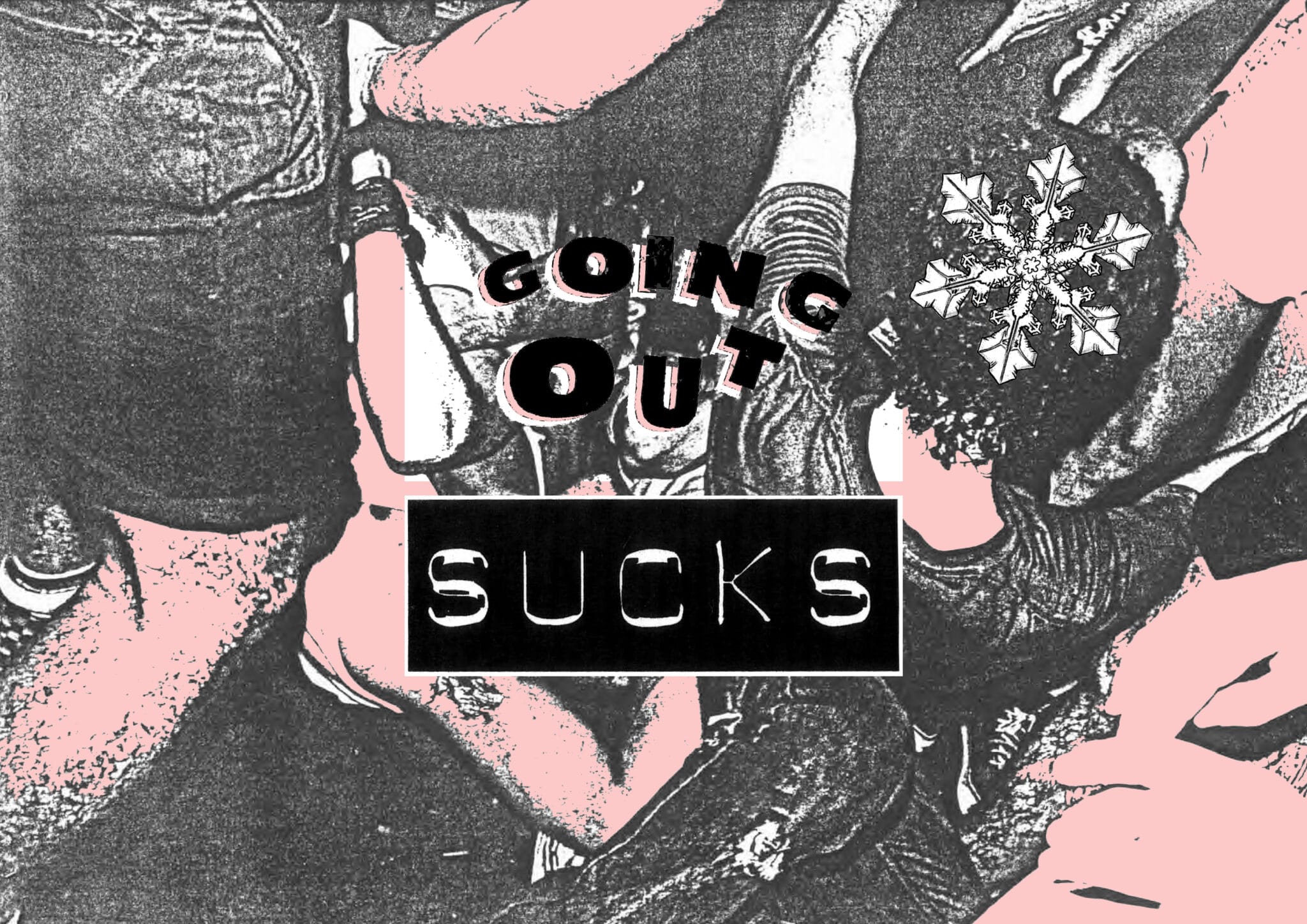 Now that your banging body will be hidden under layers and layers of fabric, you might as well add some extra insulation to stay warm. The added benefit is that it keeps the heating bills low, which is good for the environment. All these extra meals (especially when they’re organic) are basically your contribution to stopping climate change and saving the planet, you wonderful, selfless human being!

If your job negotiations didn’t include discussing flexible work arrangements you’re a fool! But don’t worry, you’re not alone. Come winter, “working” remotely or at least “working” from home is everyone’s dream and annoyingly, we all know people who are already living their nauseatingly envy-inducing dream lives. We’re happy for you, but also, maybe… not? Anyway, these jobs are definitely out there, but there are downsides too: You won’t get to see, hear and smell your coworkers for 40+ hours per week, and you’ll have to get through the day somehow without drinking the best coffee in town, playing ping pong or chilling on those über cool bean bag chairs (courtesy of your super edgy workplace), so think this important lifestyle change through before making this sacrifice.

Finally get shit done or, failing that, get nothing done at all

Winter is so boring that you might actually stand a chance of getting shit done. Shit you should’ve done in summer when you were busy having an epic time doing things you can’t remember now. Time to finally sort out your documents, bills, finish that project or pick up a post-ironic hobby. In short, be productive. If that doesn’t sound like you then fuck it, be that grubby winter blanket, get messy weekend after weekend — and don’t let anyone shame you for it.

Everyone has a different definition of fun and pain. Some people have a jolly good time when they see their loved ones during the winter holidays. Others aren’t massively into shelling out (financially or mentally) for an underwhelming family reunion that usually opens with someone saying “You’ve gained weight” followed by “Are you pregnant?” followed by a long speech about your waning fertility.

If that’s not what you consider as having a great time, then use the money you’re saving on not having procreated and splash it all out on a ridiculously overpriced trip abroad. It’s not like you’re going to enter the housing market anytime soon anyway, so you might as well shorten winter by going on a holiday with people who are actually fun to be around with — and then return to the city with a big smile on your bronzed face because spring is finally within reach.

Project type
Statement Of Jessica Lauren Elizabeth Taylor: Consent Is A Function Of Power
Project type
Around the Internet in 8 Articles: James Baldwin; Sex Apathy; How To Not Be Terrible