How Podcasts Helped Me Think About Being Mixed Race 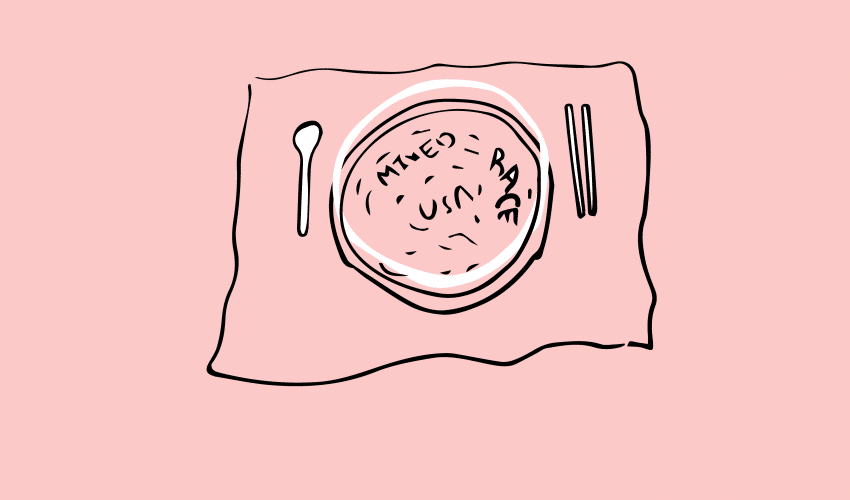 In episode 7 of the podcast, The Mixed Experience, writer Mat Johnson breaks identity down into three parts:

He suggests all three have to be in harmony to be comfortable with yourself.

I’ve been trying, but it’s impossible to control how others see me, so how am I supposed to be comfortable with myself? For most of my childhood there was no conversation about being mixed-race. But since podcasts started taking over the world, the conversation about this topic is spreading.

My mother is Jamaican-American and my father is British. That makes me a combination of Welsh, Dutch, Irish, and Jamaican. I was born in Zimbabwe, lived in Portugal, and moved to the U.S. when I was six. When I share this with people there’s always a slew of 20 questions. They want to know everything: my heritage, my parents, the general circumstances which lead to my existence. I’ve explained it so many times I feel like an answering machine.

Aminatou Sow, co-founder of the podcast Call Your Girlfriend put it well when she said, “If you ask me where I’m from, depending on how much time I want to spend with you I’ll give you one version of things, ya know?”

Just to be clear, this is not about POC (specifically black) erasure, the storyline that so often goes with the mixed-race narrative. This is about the identity crisis that’s happening because of the limited way we talk about race and where we come from. The most common questions, ‘What are you?’ and ‘Where are you from?’ force us to live in a box. Let’s break the hell out of these boxes. But how can we advance language to better explain ourselves? I’m taking my notes from Taiye Selasi’s Ted Talk where she urges us to rework these questions, “Don’t ask where I’m from, ask where I’m a local.” In other words, ask where I feel a sense of home, where I know the best pizza joint and have lots of people to snuggle with.

The first memorable experience when I was stung by someone’s opinion of me happened when I told a woman who worked at my elementary school that I was mixed, I used the words ‘black’ and ‘white’ to describe myself. She said that just because I was born in Africa didn’t make me black. She didn’t believe me. I went home that night and told my mom what happened. She was upset and gave the woman a lecture about our ancestors coming from Ghana. At that time I didn’t know the phrase ‘passing’—I was just stating who I was from what my parents had told me. The woman eventually apologized, but it was the beginning of my deep identity confusion.

In The Mash-up Americans Hasan Minaj’s interview is lit, “… but the questions that I get asked over the course of my life, those chip away at you. You’re forced to either have thick skin and overcome that, or sometimes you’ll succumb to that and you’ll define your new reality based on what those people say.” It seems like every week people want a definition of who I am. They want to know where I’m really from, where my parents are from, and why I don’t look like what I claim to be. I’ve been asked if I’m from at least ten different countries. But they especially think I’m Russian. All the time, every week I have Russians walking up to me and chatting me up in their language. No, I do not speak Russian. No, I am not Ukrainian or Russian. No, there is no Russian in my heritage whatsoever!!!

In Other: Mixed-race in America, a race studies professor breaks down passing and the fictional categories of racial purity, “… If you can’t see that someone is black by looking at them, what does that say about race in general?” One Friday night in Seattle I was getting down on the dance floor with one of my white friends. I told her she was a great dancer, she beamed back at me, “I know, I get down like a black girl.” I was stunned and said nothing. But it rolled around in my head for weeks after. Did she forget I’m mixed? Is she just ignorant as fuck? Should I be frustrated at myself and guilty because I didn’t say anything?

I don’t have answers, just questions swirling around my head, and a hunger to hear how other people cope with these queries. I can never control how others see me, just keep collecting these experiences. Once I walked into a Marshalls clothing store and a guy was sitting outside. As I was walking inside he yelled over, “Are you Russian?” “No, I’m not,” I replied, too tired to say anything else. He smiled at me, “It’s a beautiful mystery.” And he left it at that.

Leisure
The Life-Changing Magic Of Being A Rude Bitch
Leisure
Around The Internet In 8 Articles: Ken Dolls, Queer Parties And “Serious” Reading