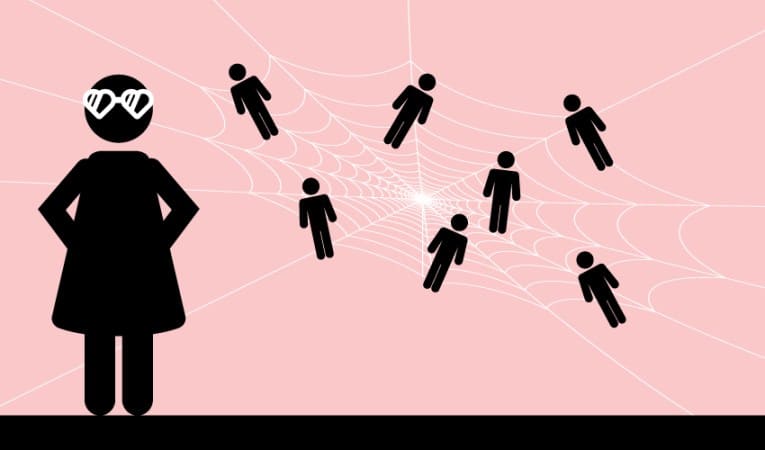 Daddy Stealer: How I Became the Playground Whore

Are you aware of the untapped potential of the playground dating scene? Let me explain.

Berlin playground, winter, 2016. Cold noses drip green slime down children’s faces; indistinguishable giggles and screams fill the air. I have too many bags, loaded with snacks, wet-wipes, toy shovels and other playground–survival essentials. I’m standing in the sand, watching the two boys I take care of as they play. I am an au pair, and I am at work.

He’s brought his daughter to play on the playground adjoining the kita (kindergarten). He stands next to me in the sand and we discuss the dreary Berlin weather, work, etc. Meaningless chit chat—a harmless exchange of words—or, could it be coded conversation, full of innuendos, loaded pauses and sexual undertones?

He’s a softly-spoken forty-something with an awkward shyness that makes me uncomfortable. Not exactly the powerful boss-man type one generally refers to when throwing out the term ‘Daddy’ in a sexual context. I often found myself having to lean towards him when he spoke, wondering if all of that loud music in bars and clubs had finally ruined my hearing (damn you, Berghain). It began to get dark—painfully early as it does in winter, at 3:30 in the afternoon—so I bundled up the kids in their eight-zillion layers and we took the tram home.

Little did I know, I’d just become the talk of the town.

Did you know that au pairs are always on the hunt? We’re like sexy spiders and playgrounds are our sticky webs—a feeding ground for hot dads: weak, vulnerable, and exhausted from sleepless nights of thankless childraising. They just simply can’t help themselves when they see a young and spritely au pair, luring them astray—though of course they try to resist. Mothers on the playground eye us warily, for they know what lurks beneath the facade of an underpaid twenty-something wiping snot from a kid’s face. I mean, just look at their tights—riddled with ladders and bare flesh exposed through the gaping holes, possibly due to the risque sexual escapades au pairs are known for; possibly because they’re 5 for 3 euro at Primark. Au pairs can only be after one thing: a sugar daddy.

It took less than a week for the alleged affair to percolate through all of the kita’s social circles connected to the kita. It was juicy gossip, after all. Ironically, I was one of the last to find out about my own sexual dalliance. One day, the mother I worked for asked me if it was true. Though I’m sure my shocked expression was evidence enough, I explained to her that I couldn’t even remember his name, we’d only met once or twice in passing. She pointed out that I could be making that up, but she nevertheless believed me.

Mothers stopped talking to me. Fathers avoided me. Suddenly I was the playground pariah.

One day I asked a kita mom out for coffee to chat about art and journalism. When the conversation lulled, she carefully asked me if I was seeing anyone, giving me that we-both-know-I-know look. I wanted to flip the table upside down, knock our coffees to the floor, and shatter the cups into splintering shards on the perfectly modern-yet-rustic concrete floors of the pretentious-as-fuck cafe. I wanted to shout, ‘Just because I’m single, really really good-looking, and happen to work as an au pair doesn’t entitle you to assume that I’m a man-eater, simply here to hunt down cute daddies and lure them into my woman-trap!’

“Nope,” I said, with supreme chill.

They said we were close—too close—on the playground. Practically whispering in one another’s ears. I heard we went home together, making eyes at each other on the tram and ignoring the children in tow. Consider the level of entitlement at play. “Everyone wants what I have. Everything is available for the taking.” With this attitude, who can blame them for thinking that a young woman would use her wiles to lure feckless daddies into her web?

The message was clear: “we trust you with our children, but not our husbands.”

Lesson learned. This is a toxic culture where parents dress their three year olds in cashmere and judge those who don’t. Spreading rumors is routine—it’s important to be in-the-know and nobody gives a damn about facts anyway. When I found myself the subject of someone else’s playground fantasy, I held my head high and continued to do my job until the whispers faded and something juicier came along. Today, I no longer go to this treacherous playground, I no longer talk to these mothers or fathers, and I am no longer an au pair. I do however still work with the family: I love the two boys dearly and the parents are kind, generous, and respectful. This is an exception to the norm at a job where rumors fly and not all daddies keep their hands to themselves. An au pair must keep her cool, tread carefully in the playground sand, for you never know what well-laid-traps lie in wait.

Hands off the daddy!

Leisure
It Feels Good to Be on Top: on the Construction of Power in the Artworld
Daddy Issues
Three Thousand and the One: a Snax Odyssey