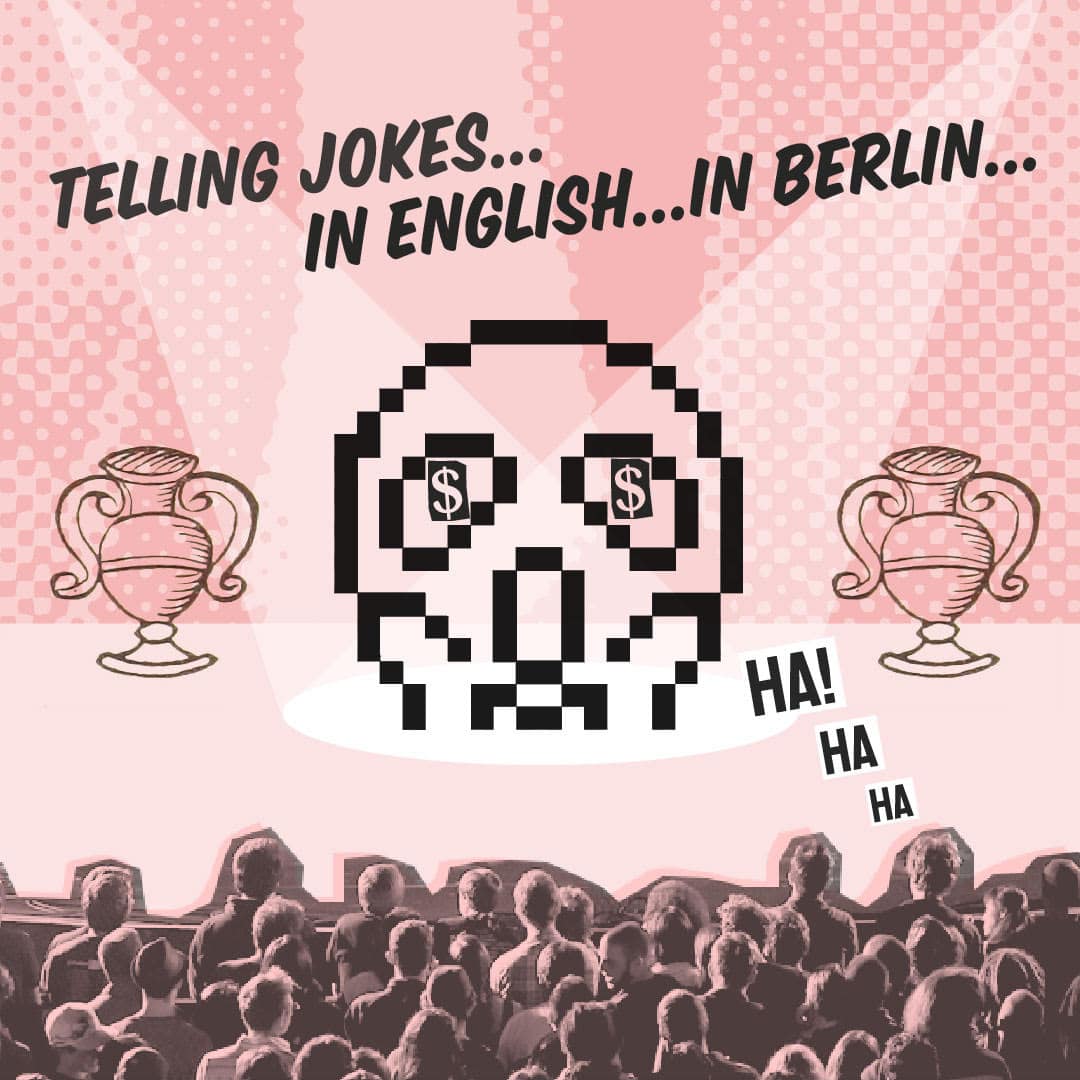 But you should totally check out the semi-finals for the Berlin New Stand-Up Award this weekend because I’m not even remotely jealous or bitter about basically being robbed... The winner gets 500 euros and a trophy, but mostly 500 euros.

The first time I heard comedians were getting paid to do comedy in English I was skeptical.

First of all, never trust a comedian. And second, how could there be English comedy in Berlin? German speakers have TV and English speakers have Netflix. Who goes to stand-up? And why would they pay for it?

The questions kept multiplying until I decided it must be a scam. Like signing up for a timeshare. Or flossing. But since I also respect a good scam, I wanted to get in on it...

Berlin actually has an English comedy scene, and that scene is large enough to offer multiple events each night. The oldest stand-up comedy show is We Are Not Gemüsed, and if you think improv counts as comedy, the home for that is Comedy Café Berlin.

The hosts of Gemüsed, Caroline Clifford and Paul Salamone, also teach stand-up courses, including ones for complete beginners. I was in one of those classes, and after getting Caroline to admit very off the record that I was her favorite student of all time, she actually said these real things about some common mistakes from beginners:

I took Caroline’s class last fall and “passed” with a set about my “Gay-for-Pay Boyfriend.” It wasn’t a full on Marvelous Mrs. Maisel meltdown, but I did get the audience to boo him for never having seen a single episode of RuPaul’s Drag Race.

Performing my “tight five” in front of a live audience worked so well the first time I did the same set again. And then it happened.

I bombed after inviting all my friends to come and watch me bomb. I bombed after they jinxed me by saying “This had better be good!” only for it to be very much not good.

I bombed so bad that most of the audience walked out after the first half. And when a comedian in the second half said the first comedians killed his audience I was still sitting in the audience.

One set got applause breaks my very first time on stage, but the same exact set a few weeks later got nothing. I could blame the second audience for not being gay enough to understand the Drag Race references—and I do—but that’s a lazy way out.

It was the host’s fault too.

Plus the venue was cold. And there was that guy who looked at me weird on the U-Bahn. And my hair was looking crazy. And a million other things on top of the fact that I was nervous.

I limped through that performance by ending with a dick joke, but the best thing I learned was that material doesn’t always land even if it’s landed before. Acknowledge it and move on.

After bombing in November I didn’t want to do comedy again, but I had already signed up for the competition. And since they wouldn’t give me my money back, I had to try some more open mics if I wanted those five hundred euros.

That’s how I met Jet Set Tyrone and got invited to my first comedy showcase Get Raus! with semi-finalists Kate Holland, Justin Small and Daniel Olel. We even got paid for it because #notascam.

I might not snatch that trophy... this time… but Berlin’s Next Best Stand-Up and all the other second-bests should follow this final advice from Comedy Café Berlin’s Noah Telson:

“Be real. Be truthful. Be honest. And don’t be a dick. If the audience sees you having fun they’re gonna have fun. That shit’s infectious.”

Comedy in English, a list of all the English-language comedy events in Berlin.

Leisure
It’s not that I’m anti-social, but also: here is my one-way ticket to Svalbard
DADDY Issues
Black [HER]story Month: Defining my Blackness in Berlin