Around the Internet in 8 Articles 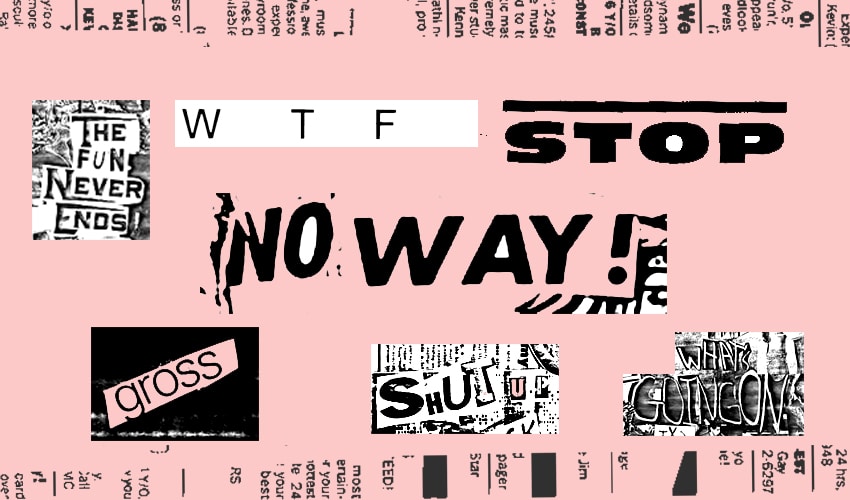 Some people have hobbies. Other people have almost completed the first draft of their novel. I, equally impressively, have an excessively well-tended app-where-you-save-stuff-off-the-Internet-to-read-offline-later. This isn’t an advertorial, so no name-dropping. Anyways, since I’m almost certainly shorter, based in a colder, greyer locale and more broke than you — about the only thing I have over you is that I’ve probably read more stuff on the Internet than you. Sad!

Endorse my ill-founded feelings of minor superiority: I’ve literally got nothing else to offer. Here are the eight articles I’ve read recently that are everything.

Not to dabble in hyperbole, but this article’s so smart and astute about basically everything (writing, who you’re writing for, male-female relations, living in a dinky cute collegiate town, race) that I want to cross stitch it into the underside of my eyelids so I can read it in my sleep.

“Officially, there are no penises in “Ted 2,” the comedy written by, directed by and starring Seth MacFarlane that was a hit last summer. And yet they’re everywhere — scary black ones.” We’re at the beginning of the month so hopefully you haven’t frittered away your ten free NYT articles before the paywall goes up yet. This article focuses on the history of America’s fear of black sexuality and how this has been perpetuated in pop culture, which all sounds a little worthy when I put it like that, but nope. You won’t be able to stop reading and you’ll never see Tarantino in the same light again.

Full disclosure, I know the author, which makes it slightly slimy to recommend. Still! I couldn’t not: it’s about the invisibility of femme-presenting bisexual women and the inability of members of both gay and straight communities to acknowledge their sexuality. It’s funny and sad all at once.

Do you heart Beth McColl? I heart her a lot. As a writer who battles depression and anxiety who writes articles about her emotional life, you might expect McColl to traffic in incredibly melancholy articles. But what distinguishes her is the lightness of her prose — she’s able to make incredibly dense, sad topics the high point of your day. So, too, with her article on being an adequate friend person to that human in your life who’s dealing with depression.

Because Pitchfork etc.’s number of black writers is far more limited than you’d imagined. Because Gee’s article arms you with everything you need when you talk to someone on the topic and they start using the word “tokenist.” Because it’s 2016 and we’re still having this conversation.

“What About A Woman’s Right To Idleness?” — Emily Harnett (Lithub)

Oh, I like this a lot. I read this half asleep on a long bus ride and then actually fell asleep and the ideas in it percolated in my brain for a couple of hours and then I woke up and refused to do a-n-y work and stayed in bed the whole weekend because it had lodged itself so firmly into my consciousness. Also, there’s definitely not enough articles about women and work — or women not working — from a wider, societal perspective (yeah sure, in academia, but I’m talkin’ about on the INTERNET).

Mel Magazine is pretty new (maybe just a few months old?) and it’s for men who are a little groovy and switched on about things. Or so I imagine from their about section where they use the word male and then say “and aren’t always sure what that means”. Anyways, despite the gender I identify with, I’m really into it. It’s normally an informative but light read and you know you want to know what causes morning wood. Same.

That title, tho. But bear with me: you should read this firstly because it’s part of The Cut’s unsettling series exploring perfection and secondly because Alexandra Kleeman’s name looks familiar to you not because she’s a bougie beauty journo, but because she penned one of the weirdest (and greatest) debut novels of last year, You Too Can Have A Body Like Mine which Vogue described as “Fight Club for girls” but which I’d summarise as being like watching Cartoon Network at 3am in the morning while somewhere between drunk and sober and having had a fight with your best friend. Nightmarishly enjoyable. Kleeman is really good at making you feel alienated from your own body in the best possible way and this article’s no exception.

Crushing on...
Berliner Farben is a new web series about PoC & the LGBTQ community, minus the stereotypes
Daddy Issues
The Perks Of Being An Introvert