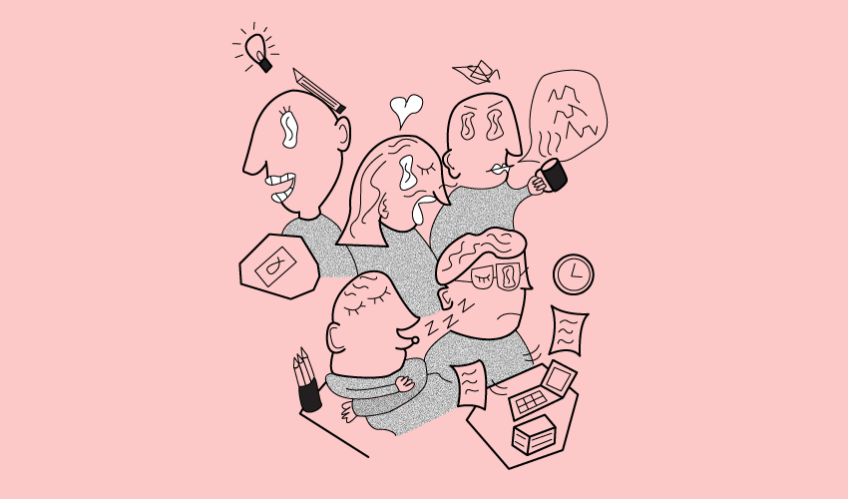 Oh creative agencies… Does anyone without sadomasochistic tendencies actually enjoy working there? Despite priding themselves in thinking differently, most office spaces look like carbon copies of each other – from their bare brick walls and edgy neon sign quotes down to the poor devils who signed their souls away to work there – which is why we decided to take a closer look at some of these office archetypes.

Signifiers of the Creative Genius are: styles that range from avant-garde to that begging-for-a-punch-in-their smug faces swag, custom-made bikes, monocycles or hoverboards, an encyclopaedic knowledge of everything advertising-related, religious worship of craft coffee… and the mental maturity of a toddler. Creative Geniuses often come from a somewhat wealthy background which they play down at every occasion “Yah, I spent the weekend at my parents’ villa by the lake – but it’s an old, run down old villa and our yacht is practically a raft”. The Creative Genius loves doing things differently. Stick to a client brief? Nah, clients are stoopid! Teamwork? Deadlines? That’s for losers, a true creative doesn’t think in these frameworks.

Just like Jesus, the office Martyr puts up with incomprehensible pain for the greater good. Always the first one in the office and the last one to leave, the office martyr has the unhealthiest work-life-balance imaginable. Unlike Jesus though, office Martyrs are quite passive-aggressive about their suffering. Despite all their moaning and bitching, everyone knows that deep down they love it and would never dream of quitting their jobs. Office Martyrs voluntarily spend sunny weekends at the office, even when there’s fuck all to do, because it’s the only environment where they truly feel alive.

They won the genetic lottery and leave you drooling whenever they push past you. They are the reason why you get out of bed in the morning, choose the cute outfit over the man/woman repelling one, and if you happen to work on the same team, they make working overtime seem like a gift from heaven. Whenever you gaze into their eyes for a beat too long, you end up imagining steamy sex scenes on the ping pong table next to the bean bag chill-out area, to the musical backdrop of Sexual Healing. If you haven’t had an office crush yet, you haven’t truly lived.

You’ll find a pro bitch in every office. They are obnoxious sadists who are devoid of emotions — but they are also incredibly efficient at doing their job, which is why their insufferable behaviour is tolerated by the management. You might think that deep down there must be a decent human being lurking under the glittering facade, but no, if you peel back the skin all you’ll find is wires and metal parts. Pro bitches are alien cyborgs who travelled back in time to wipe out humanity. However, due to a technical glitch they, like many humans, detoured from their mission and somehow ended up at a creative agency whilst figuring out what to do with the rest of their battery time.

5. The Busy Dude (who never works)

He’s the office equivalent to the dude on the sofa. The busy dude has reached cult status at the office. He high fives everyone upon arrival, goes from desk to desk cracking jokes and never seems to be doing any actual work. However, he’s the expert on everything that’s lit, sick, or both, which is held in high regard at the agency. Whenever he sits at his desk, he’s huffing and puffing and swearing away and takes creative ping pong breaks with the Slacker to recalibrate. Nobody ever knows what he’s currently working on and still, he’s an integral part of the company and loved by everyone. If the Busy Dude is on a buddy basis with the seniors and enjoys a particularly sweet deal at the agency then chances are high that he knows some dark, twisted shit about the management and that his departure would pose a severe security threat to the agency. Agencies regularly send Busy Dudes on lavish trips abroad to buy their silence. 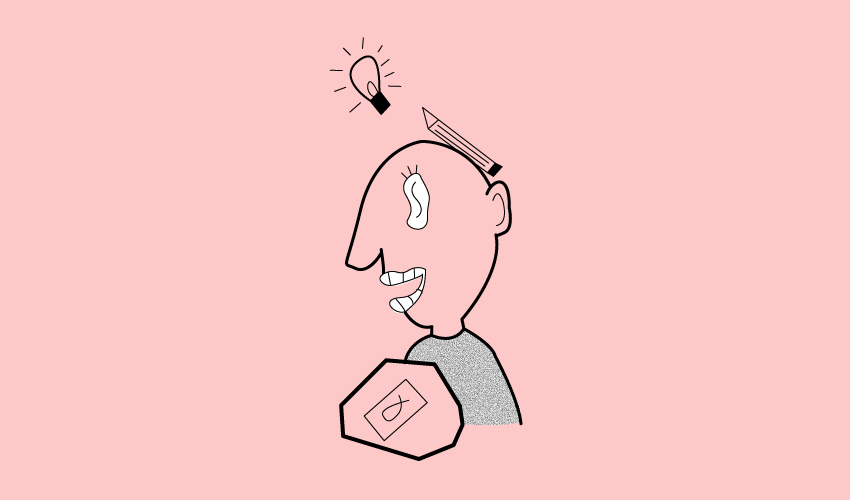 They are young, excited, full of ideas – and incredibly annoying. Competitive Newbies usually studied some highly specific degree that was designed to combine and replace the jobs currently exercised by 5 different people, including yourself. They score brownie points by volunteering for team building activities, always going the extra mile and they have the audacity to bring homemade cakes and cookies to work. It’s only a matter of time before they’ll be sitting in your chair. All you can hope for is that their enthusiasm naturally wanes and that the Competitive Newbie turns into a Jaded Old Fart after a few months at the agency.

Once upon a time the Jaded Old Fart was young, talented and with an arts degree in their pocket. Their artistic projects didn’t pay the bills yet, so they occasionally worked at creative agencies. The jobs always made them feel like a piece of their soul died – but the pay cheque made up for it. They justified carrying on because it financed their passion projects, so they did it again and again. They got used to a different lifestyle, bought Scandinavian furniture and clothes, and went on vaycay in South East Asia, feeling incredibly #blessed. One day the agency told them that they couldn’t afford to pay freelancers any longer. They offered a full-time contract with a generous salary, creative freedom and 24-hour access to the best coffee machine in town – and our young Jaded Old Fart, whose artistic career still wasn’t going anywhere, signed the rest of their soul away. That was 10 years ago.

The Gossip is the one who told you Jaded Old Fart’s tragic story at the last company outing. They also know the life stories of everyone else you’re working with, including yourself. The Gossip knows who’s sleeping with each other, who’s getting a pay rise and who’ll be sacked. They interrupt your boring day with hot goss that nearly breaks the Slack channel and they never leave out a single saucy detail. They’ll tell you the backstory of last week’s toilet cries and predict next week’s outbursts. They know about the filthy images on your laptop and the embarrassing thing you did as a 13-year-old. The Gossip is not ashamed of telling you intimate details about themselves either, making them both amazing entertainers and terrible confidantes.

This office archetype is often friends with the Busy Dude and the Creative Genius because, just like them, the Slacker is always ready to drop whatever they’re doing for an impromptu ping-pong match, office bantz or team activities – as long as someone else takes the lead. Slackers take the longest lunch breaks, smoking breaks, toilet breaks, whatever break they can go on really, and you can be damn sure that if a big deadline is approaching, the Slacker will come up with the most creative, ludicrous excuse why they can’t work. Or they just pull an epic sickie. It’s easy to get pissed off with Slackers when in fact we should all just sit back and learn from them.

Thanks to total surveillance in open plan sweatshop-like workspaces, the work toilet has become the only refuge for young urban creatives who want to hide from their responsibilities and cry hysterically about things that have gone tits up. Pro Toilet Criers have streamlined their emotional outbursts and go from total despair to power walking back to their desks like nothing ever happened within less than five minutes. Personally, I’d never consider working at an agency where this isn’t a thing. Just like some people need white noise to fall asleep, the sound of desperation helps me focus on my deadlines.